To extend their dominance in the Indian biking segment particularly beyond the 125cc range, Bajaj Auto in collaboration with Austrian manufacturer KTM, launched its popular model, the Duke 200. This pocket rocket churning out close to 25 bhp was a game changer in the starved performance biking scene in the country back in 2012. The icing on the cake was the price of Rs.1.17 lakh (ex-showroom), thanks to hyper localisation by Bajaj. The Duke 200 is currently sold at around Rs 1.44 lakh (ex-showroom). 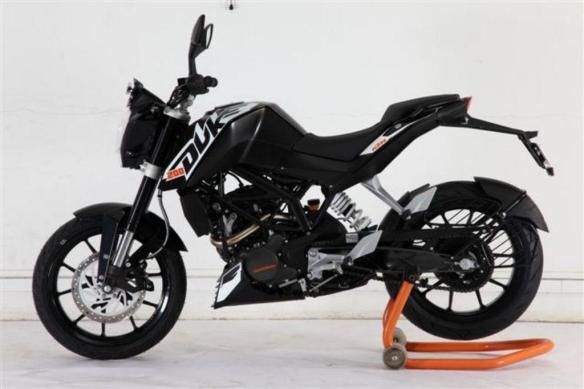 The Duke 200 with its light weight body had a massive power-to-weight advantage and soon became a popular option among youngsters who earlier had to be satisfied with the 150cc Pulsar which put out 15 bhp or the 225cc Hero Karizma with a modest 17 bhp. Both were very capable bikes in their own right, but the Duke 200 was a class apart. 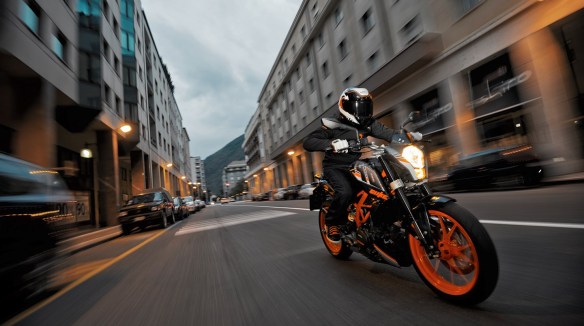 Encouraged by the response to the Duke 200 (sold 11,000 units till then), the company decided to take it a notch higher and in less than 18 months, launched the bigger more powerful Duke 390. Priced at Rs 1.8 lakhs (Rs 2.14 lakhs on road in Bangalore), the Duke 390 (375cc engine) was capable of churning 44 horses and achieve a limited top speed of 175km/h. The specs were mind boggling for us and we couldn’t digest the fact that KTM and Bajaj were able to give us this package at under Rs 2 lakhs along with an industry first ABS as standard and performance Metzeler tyres. 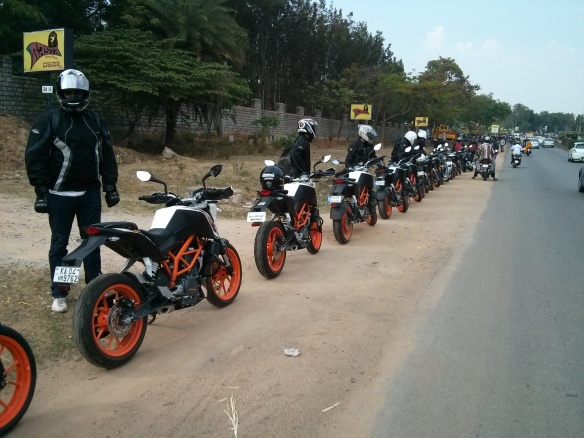 Kriegers, one of the early KTM 390 clubs of Bangalore

Biking enthusiasts across the country made a beeline to the KTM showrooms across the country to test ride the 390 and fought to be the first to get their hands on one. I was one among the lucky few as well and have never regretted owning this mild beast. Ignoring a few finishing defects, the bike has always brought a smile on my face and its low cost of ownership and easy maintenance has enabled a lot of us fulfill our dream of owning a performance bike sooner than expected. 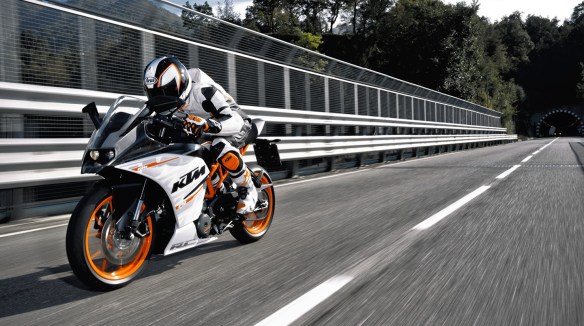 Both the 200 and 390 based RC series come with cosmetic changes such as full fairing, projector headlamps, integrated pillion seat and clip-on handle bars.

Bajaj Auto’s Chakan plant had more surprises in-store when they brought out the RC 390 and RC 200 in 2014, two super sport models based on the same two engines and priced at Rs 2.05 lakh and Rs 1.60 lakh (ex-showroom) respectively.

Rumor has it that the company is now working on launching an adventure sport variant to take on the highly awaited Benelli TRX 502 scheduled for a September launch and the recently launched Kawasaki Versys 650. 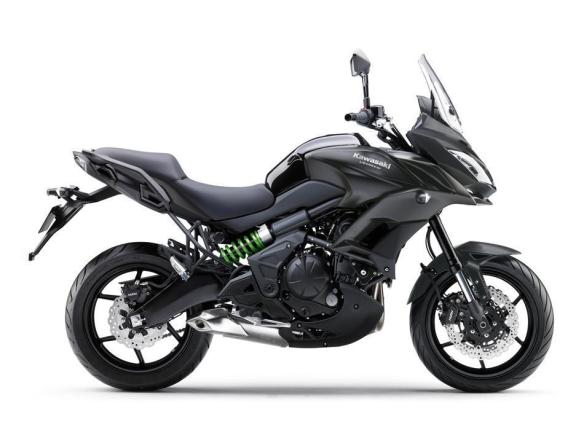 With the right kind of products and pricing, Bajaj Auto and KTM will be able to extend their dominance in the mid range performance category for years to come. But, we do hope they bring a twin to India in the near future.