We first met Aishwarya at MTM’13 (Motorcycle Travelers Meet) held at a farm on the outskirts of Tumkur and were amazed at her riding and entrepreneurial skills. Her choice of machine was the KTM 200 and later the Yamaha R15 V2. 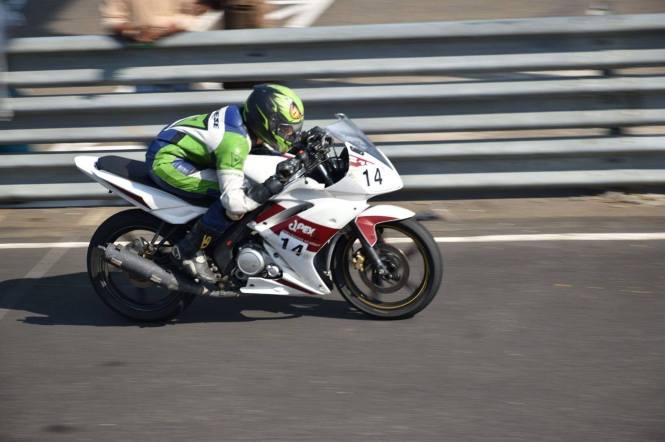 Starting to ride a very young age, Aishwarya had already managed to attempt many daring records including the Saddle Sore and Bum Burner (click to read about Saddle Sore & Bum Burner here). Both these attempts require many days of physical and mental preparation and is no small feat. 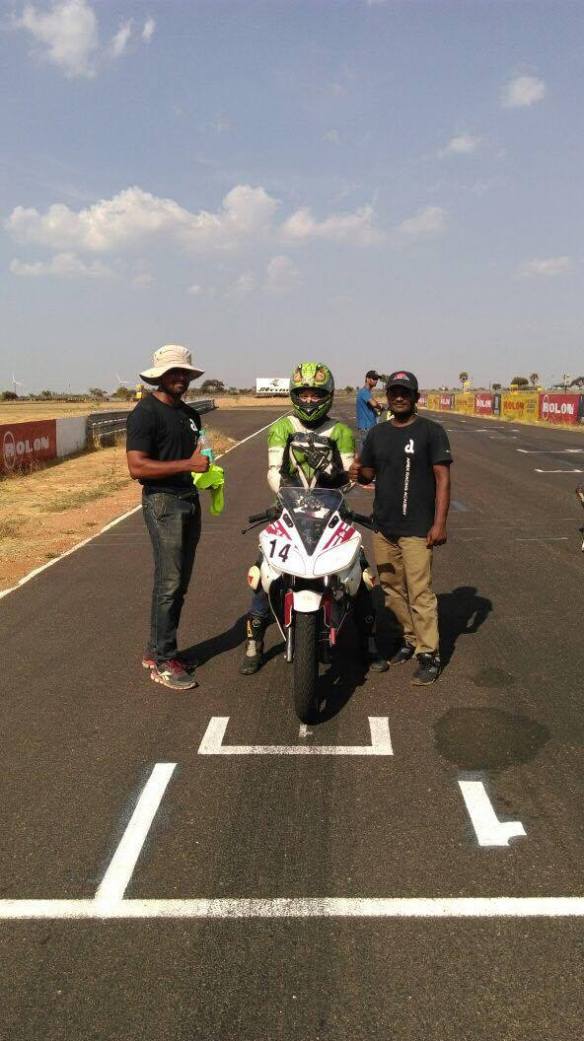 Her passion for motorcycling brought her to the Apex Racing Academy for formal track training. Her talent soon got her many accolades and she became part of the Apex Racing Team. This year, Aishwarya is representing the team in the super stock and one make category and already has two wins in the Formula Junior Racing Series under her belt. 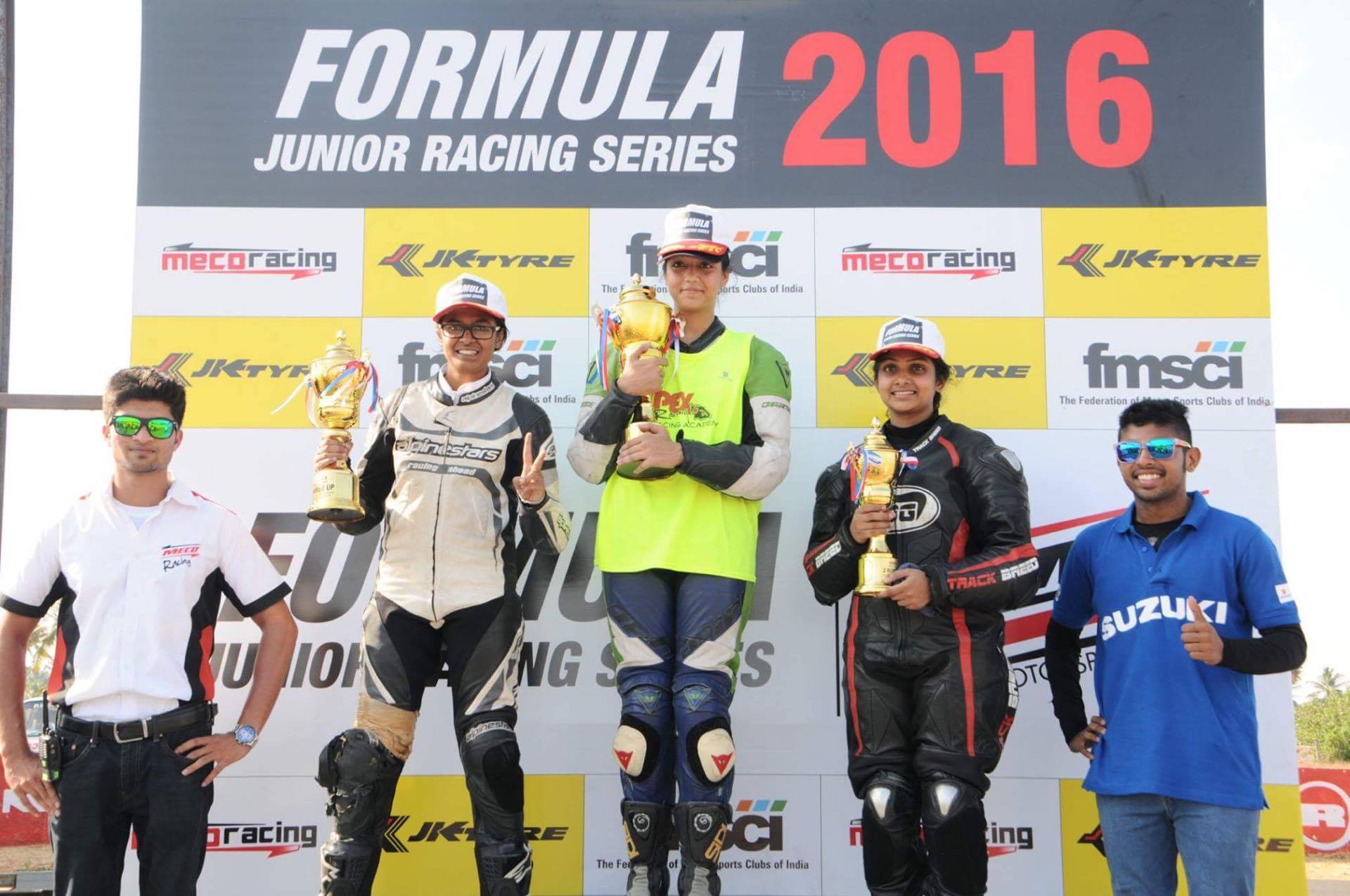 She is currently looking for support in terms of sponsorships which can help nurture her talent further and accelerate her growth at the National level. If you wish to support her, do visit this link on Ketto to place your contribution – https://www.ketto.org/Fundingadream

When asked about her thoughts, Aishwarya said, “If you want to win, stand up and fight.”

Moto Adda team wishes her many more wins at the national level and hope to see her enter the international circuit soon.

This is a story of Vikas Bharadwaj working in a small kpo industry (Knowledge Process Outsourcing) and extremely passionate about rallying. His passion took him to the 2015 edition of Raid de Himalaya which is considered the world’s second toughest rally in terms of navigation as well as physical endurance and only next to the deadly Dakar.

After 3 long years of planning, Vikas was finally able to participate in the 17th Himalayan Raid in the Alpine Class. His machine was the modest Bajaj Pulsar 150 which went under heavy customization along with suggestions and support from many leading champions of the country like Nataraj from TVS, Vishwas SD (Banglore), Chirag Takur (Shimla) and Vijay Parmar (One of the organisers).

Landing in Delhi for the first time, Vikas spent couple of days roaming around Delhi, Agra and Chandigarh. He had the opportunity to visit the country’s first formula1 track at the Buddh Circuit and the famed Taj Mahal.

At the Buddh International Circuit on an Indian Scout

Come October 9, 2015 things just got real. Vikas says, “I still remember that day. I woke up at 5am and awaited for a start slot of 7:29am. Finished the first Transport sector 20 minutes earlier and started my first competence stage. Managed to crossed the SS (Special sectors) and by the time I started the second Competence stage, I felt as though I had lost my breath and died. A few seconds later, I realized that that it’s not me but my ride. I had lost the throttle wire. Since I had already entered the sector, my time was already counting. Without any option and with some help from my co-riders, I literally started pulling the skinned wire for the next 365 kms. The roads were not kind either with dirt tracks most of the way till I reached Manali by evening. Even though I had lost a lot of time, I was happy that I finished Day 1 but felt sad that the preparation was not up to the mark.”

“While my journey came to an end, it was a huge learning for me being a privateer without any support. I realised that preparing mentally, physically as well as mechanically well in advance is crucial for success. Biking is more than a passion and sport for me and I’m working hard to go back and participate in the 18th Raid de Himalaya.” 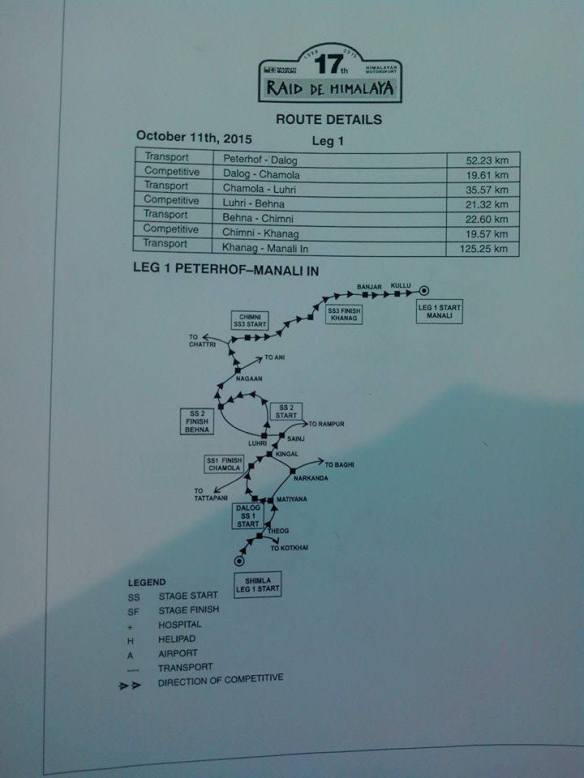 Vikas is looking for support and sponsors to give his best this time. If you are keen to support him or know individuals and corporates who would be willing to support this Mysore lad, do reach out to us or Vishal directly on +91 9731864634.